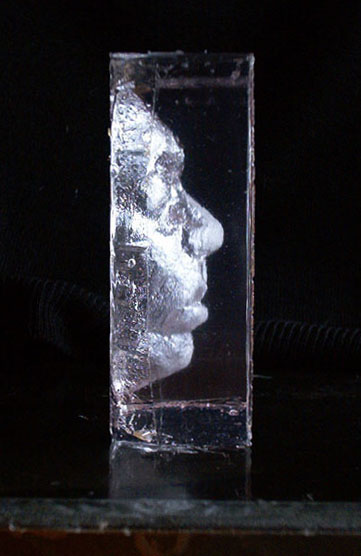 Ten tiles, casted in glass, with in each one a print of the face of a homeless citizen of Utrecht. Meant to be placed in the pavement at the northside of the former postoffice at De Potterstraat.

The face as absence. The absent face to give meaning to the (for many people) abstract concept of being homeless.

How many times do we pass homeless people without noticing their presence?

This project as a counterpart of -The Walk of Fame- at De Vinkenburgstraat who runs paralel to De Potterstraat only 30 feet away. This -Walk of fame- shows bronze tiles with handprints of famous actors and writers.

A memorial for ten years -Straatnieuws-, the newspaper of the homeless of Utrecht. An eyecatcher for the increasing gap between -To have- or -Not to have-.       (has not been realized)