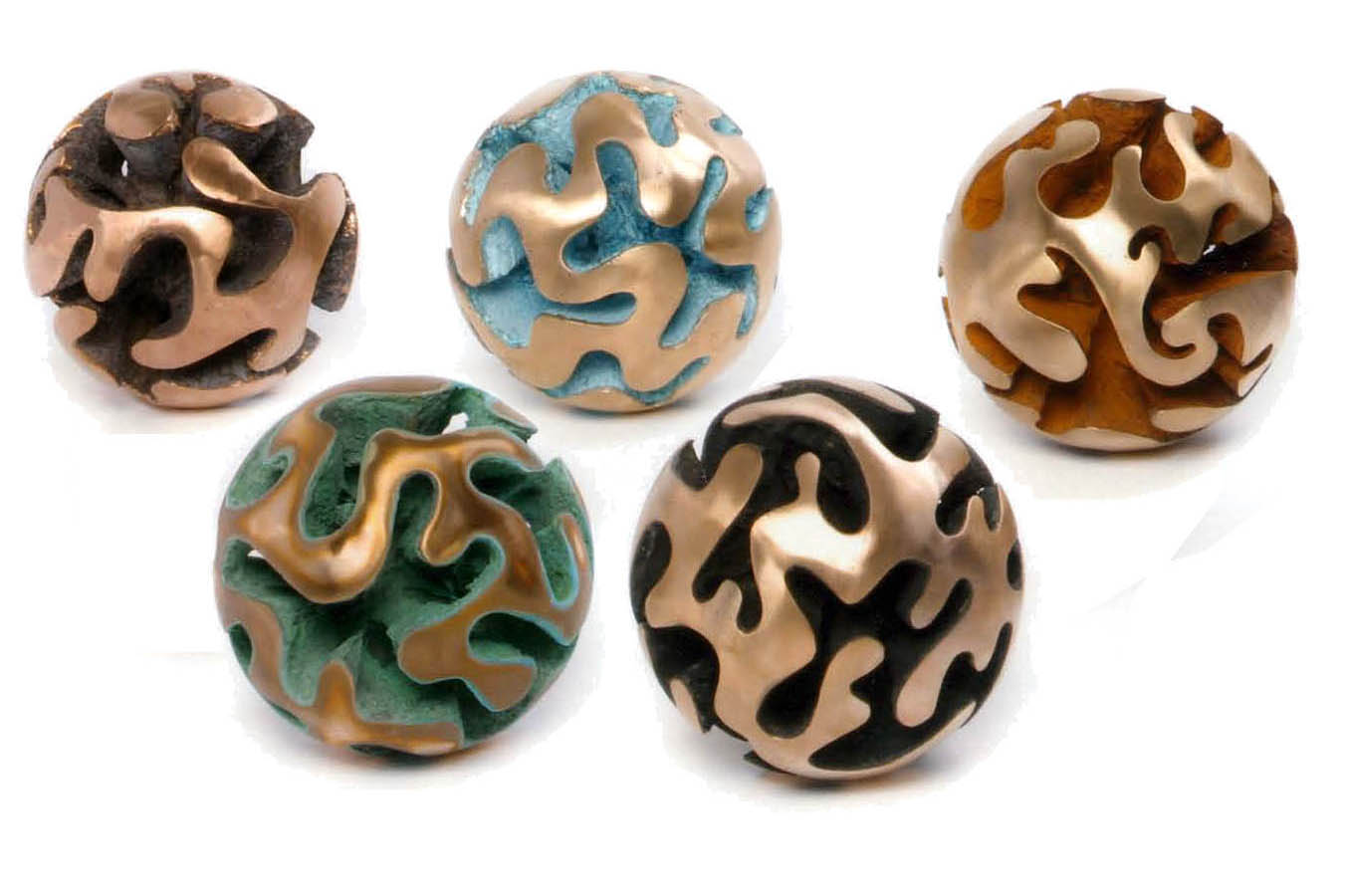 The Arie Molenkamp-Award (AMA) is initiated by the VRO (society of Register Operational Accountants).

The design for the AMA was based upon a conversation I had with Arie Molenkamp; -organic structure, current of incoming informatie and energy inside the organisation and openness to the outside world-, these were keywords of his explanation of internal auditing.

Hearing these words I had to think of an organic entity like a tree, which exchanges as well with the visula as to the unvisible underground world. If you come to look at the whole you will see a kind of compleet globe whose structure is able to receive input aswell as to give an output to the outer world. I took a global form and worked it out to an open organic structure, polished at the outside and intriguing but visible at its core.