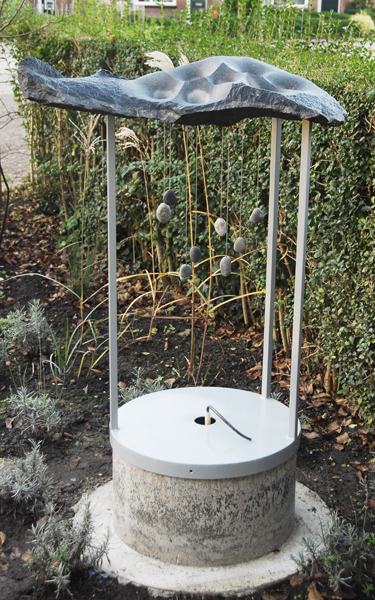 Moln is the Swedish word for Cloud

This sculpture and the idea underneath was developed during my A-i-R period in the Swedish town of Olofström, August 2013

The Cloud represents the connectedness between people. The over the world migrating water is of vital importance to all people; all life. The awareness of the shared dependancy to water and all naturall sources might reinforce our solidarity.

I would like to propagate this symbol in many forms, on many places in the world (WW-Cloud-project)

Moln-1 is the prototype and is made of swedish Diabas and pebbles from the island Hanö. 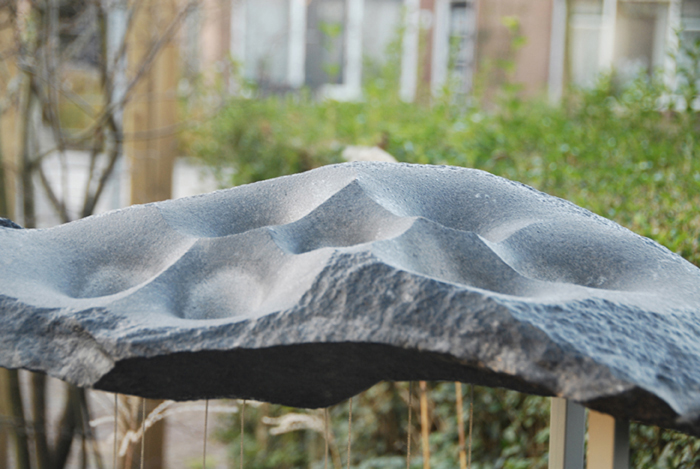